This road trip started and ended in Wellington the capital of the North island, or first stop was New Plymouth driving up HWY 3. New Plymouth is a city on the west coast of New Zealand’s North Island. It’s known for its coastal walkway stretching from Bell Block to Port Taranaki. Te Rewa Rewa Bridge has views of towering Mount Taranaki. The Govett-Brewster Art Gallery shows contemporary exhibitions. Close by, Pukekura Park has botanical gardens and birdlife. Subalpine forests and waterfalls characterise Egmont National Park to the south.

Taupo, a town near the centre of New Zealand’s North Island, is distinguished by its lakefront setting and outdoor sports ranging from fishing to jet-boating. The vast waters of Lake Taupo, a volcanic caldera, drain into the Huka Falls, dramatic, crystal-blue cascades reachable by hiking and biking trails. Surrounding Taupo are hot springs like those filling the Craters of the Moon reserve.

Check out Rapids Jet Taupo When the gates of the Aratiatia Dam open, 80,000 litres of water per second crash out into the river. Within minutes, the crystal blue water becomes a seething, tumbling blanket of white as it takes on a life of its own. From your seat in one of our jet boats, you’ll be right in the middle of this spectacular white-water wonder. You’ll get splashed with river water as we shoot up and down the rapids. Be mesmerised by the swirling, ever-changing patterns and movements of the running water that surrounds you. Book tickets here Rapids Jet Booking.

Aratiatia is a largely run-of-the-river station, as it generates electricity from water from the Lake Taupo control gates and to the Ohakuri Power Station. It does, however, have a 55-hectare (140-acre) lake behind the station for temporary storage.

Raglan is a coastal town in the Waikato region of New Zealand’s North Island. It’s known for black-sand Ngarunui Beach and the long surf break at Manu Bay. Local history exhibits at the Raglan & District Museum include apothecary items and surfing memorabilia. To the south, native forest surrounds the tall Bridal Veil Falls. Mount Karioi is an extinct, forest-clad volcano with summit views over the Tasman Sea.

Auckland, based around 2 large harbours, is a major city in the north of New Zealand’s North Island. In the centre, the iconic Sky Tower has views of Viaduct Harbour, which is full of superyachts and lined with bars and cafes. Auckland Domain, the city’s oldest park, is based around an extinct volcano and home to the formal Wintergardens. Near Downtown, Mission Bay Beach has a seaside promenade. Its the largest city in NZ with a population of 1.65 million which is one third of NZ total of 4.8 million people.

Whangarei is a city in the Northland region of New Zealand’s North Island. It’s home to the Whangarei Falls, which tumble over cliff into a natural pool. Overlooking the city, volcanic Mount Parihaka features a war memorial and the remains of Maori villages. By the Hatea River, the Town Basin is a boat-dotted marina with restaurants, shops and galleries. Nearby, Claphams Clock Museum displays eclectic vintage clocks.

Hot Water Beach is a beach on Mercury Bay on the east coast of the Coromandel Peninsula, New Zealand, approximately 12 kilometres south east of Whitianga, and approximately 175 kilometres from Auckland by car. Its name comes from underground hot springs which filter up through the sand between the high and low water tidal reaches. The beach is a popular destination both for locals and tourists visiting New Zealand. Annual visitor numbers have been estimated at 700,000, making it one of the most popular geothermal attractions in the Waikato Region.

Piha is a seaside village, west of Auckland, on New Zealand’s North Island. Black-sand Piha Beach is known for its strong surf and rugged scenery. Lion Rock is a volcanic monolith with war memorials and Maori carvings. Nearby, Waitakere Ranges Regional Park has subtropical native rainforest and trails to waterfalls such as Kitekite and Fairy falls. Karekare, to the south, also has a black sand beach.

Waihi is a town in Hauraki District in the North Island of New Zealand, especially notable for its history as a gold mine town. It had a population of 4,527 at the 2013 census. The town is at the foot of the Coromandel Peninsula, close to the western end of the Bay of Plenty.

Rotorua, a town set on its namesake lake on New Zealand’s North Island, is renowned for its geothermal activity and Maori culture. In Te Puia’s Whakarewarewa Valley, there are bubbling mud pools and the 30m-tall Pohutu Geyser, which erupts many times daily. It’s also home to a living Maori village and the New Zealand Maori Arts and Crafts Institute, with traditional wood carving and weaving schools.

Wellington, the capital of New Zealand, sits near the North Island’s southernmost point on the Cook Strait. A compact city, it encompasses a waterfront promenade, sandy beaches, a working harbour and colourful timber houses on surrounding hills. From Lambton Quay, the iconic red Wellington Cable Car heads to the Wellington Botanic Gardens. Strong winds through the Cook Strait give it the nickname “Windy Wellington.” 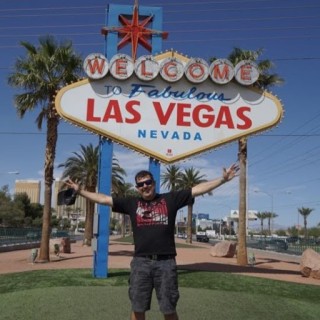